What beauty properties does castor oil display? The role of castor oil in eyelash, eyebrow and hair care

Castor oil offers an array of various beneficial features, both medicinal and conditioning. To clarify, it relieves headache and backache, improves condition of hair, lashes and eyebrows, cleanses face and softens skin. Moreover, castor oil isn’t only effective and versatile but also it’s really easy-accessible and cheap. What beauty/conditioning purposes does castor oil suit? How does it affect lashes and brows, hair and scalp, rough foot, elbow and knee skin as well as face skin?

– Castor oil for eyelashes and eyebrows

How to apply castor oil to eyelashes and eyebrows? The easiest way is to make use of an old but clean mascara wand. The oil should be used in moderation because its excessive amount might get into eyes and, as a consequence, cause watery eyes and redness. The same rule applies to using castor oil on eyebrows. The effects of the treatment have the form of darker, longer and thicker eyelashes and eyebrows.

– Castor oil for hair and scalp

Castor oil’s consistency is rather heavy, therefore it makes a potent component of hair masks. It can be combined with hair oil or light liquid paraffin to be massaged it into:

Mind you, castor oil isn’t the best solution in the case of thinning strands because the oil’s heavy consistency might encourage hair to fall out even more.

Rough heel, elbow and knee skin will definitely become softer if we start treating it with castor oil regularly. In order to regenerate cracked heels, it’s worth applying a dressing made from castor oil and rich moisturising cream. Then, wrap feet with food foil, put on cotton socks and go to sleep.

OCM, which stands for Oil Cleansing Method, depends on cleansing face due to natural oils. OCM removes fats from face (sebum, cosmetic residues, etc.) with the aid of fats contained in natural oils. A mixture that leaves skin clean is composed of castor oil and other oil that matches a particular skin type. To clarify, you can use grapeseed oil if your skin is dry, jojoba oil if your skin is oily, or sweet almond oil if your skin is normal. Always follow the very proportions 1:9. When you apply the mixture to your face, cover it with a warm and damp towel, wait 2-3 minutes and remover the excess of oil.

This is why castor oil gained its popularity in the first place. What exactly is responsible for the laxative effect of castor oil? In short, castor oil is affected by pancreas enzymes, under influence of which it transforms into sodium and potassium soaps. The soaps irritate intestinal mucosa and increase peristalsis. As a consequence, water starts penetrating the walls of bowels and increases its volume, which in turn leads to the described laxative effect.

– For backache, headache and stomach ache

Our grandmothers know that a hot dressing made of castor oil relieves backaches, stomach aches and headaches of unknown origin. In order to prepare such dressing, take gauze to damp it with warmed castor oil and put it on the aching spot. Then, apply food foil which will keep the temperature warm. 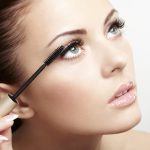 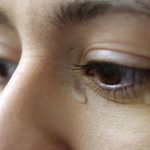 Let’s stop your eyelashes from falling out! 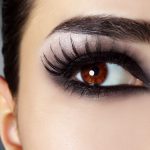